The City Council Finance Committee on Monday will consider legislation that would make environmentally-friendly fuel available to Chicago motorists.

Sponsored by Alderman Anthony Beale (9th) and Alderman Ed Burke (4th) – chair of the committee, the ordinance would allow for E15 fuel to be sold at most city gas stations. E15 fuel contains 15 percent ethanol and burns cleaner than the E10 fuel found in gas stations currently, which contains 10 percent ethanol.

A poll of 600 registered Chicago voters conducted from June 14 to June 17 by Benenson Strategy Group and sponsored by Americans United for Change found that 55 percent of respondents supported the measure, and 30 percent were against it.

With its high ethanol content, proponents of E15 say it has the potential to reduce a dependency on foreign oil and fuel Illinois’ already-thriving ethanol industry. According to FarmFlavor.com, Illinois in 2010 produced 15 percent of the ethanol used by American consumers.

According to PopularMechanics.com‘s Ben Wojdyla, cars made prior to 2007 might not be compatible with the fuel. However, a 2012 study from Kettering University determined motor vehicles made as early as 1995 are safe to use E15.

The Finance Committee is scheduled to meet 1 p.m. Monday in the City Council chambers at 121 N. LaSalle St. 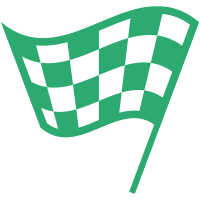